This is a freeCodeCamp exercise about nested objects and arrays. Here are some things that helped.

Translate the Instructions Correctly and Comprehensibly

I watched the FCC YouTube tutorial. Of course I was able to pass the challenge by copying what the instructor did (see image). 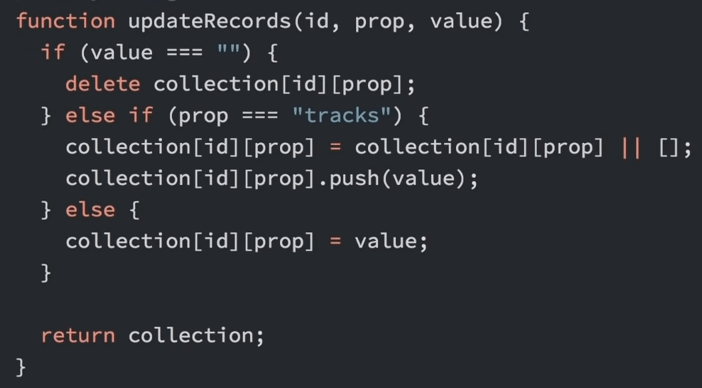 But this didn’t help with my goal of learning and understanding. I read some feedback from END_OF_DOCUMENT_TOKEN_TO_BE_REPLACED

The real lesson here is about passing values into a function.

You can declare a function the same way you declared variables:

I was zipping through the JavaScript lessons with ease, and then this one brought me to stop. What the heck were they talking about?

It’s more clear if you look at the table and read, “If I want my string to display with a new line, I would use \n.” You’ll learn the lesson quicker by reverse-engineering it from the solution, which is:

The lesson uses the var keyword, but the current recommended keywords for variables are const or let.

Before learning the position property, it helps to understand block/in-line behaviors, box model, and normal flow.

The position property accepts five values: static, relative, fixed, absolute, and sticky. Static is the default value and it positions the element where it would normally sit on the page.

END_OF_DOCUMENT_TOKEN_TO_BE_REPLACED

In the Standardize Times with the HTML5 Datetime Attribute lesson in the Applied Accessibility section, the example shows values that look like this: 2016-08-15T08:12Z. The “Z” stands for Universal Time Coordinated (UTC).

The time element wraps around text within END_OF_DOCUMENT_TOKEN_TO_BE_REPLACED

When I started my coding journey, my first question was, “Where do I start?” I like books, so I bought a book on how to make a website. That led me to books on html and css. They were very helpful! When I had my pages built, my next quest was to figure out how to get them loaded on the web. People kept saying, “Why don’t you use WordPress?” They told me that building pages with html and css was old school. After trying a number of methods, including WordPress, 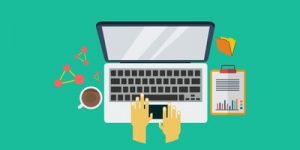 I learned that for simple sites which don’t require customer interaction, simply uploading my pages to my web hosts’s server is preferable, because WordPress is too complex for END_OF_DOCUMENT_TOKEN_TO_BE_REPLACED

The definitions of library, framework, and toolkit are fuzzy. When I first googled the subject, the most common response I read was something obscure about inversion of control. Any noob worthy of noob status would be wrinkling their forehead at this. You call the library but the framework calls you? WTF does that mean? So, before diving in to noobier explanations, just know that there are shades of gray between each category. For example,  Django can be referred to as both a framework and a library for Python. Toolkits can be libraries. Frameworks can be libraries. But libraries can’t be frameworks.

Libraries, together, can form a toolkit or framework. 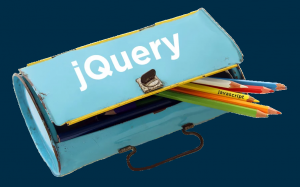 A library is a collection of resources used to perform tasks that are often used in web development. It’s a collection of pre-compiled modules that you can use in your program. END_OF_DOCUMENT_TOKEN_TO_BE_REPLACED

Paper wallets are one of the most secure methods used to store cryptocurrency. For more information on different methods of storage, click here. A paper wallet is basically a document with your private and public keys on it, usually displayed in both QR code and WIF (Wallet Import Format). You can password protect your paper wallets, make duplicates, and store them in separate, secure locations. That way if someone steals your paper wallet, you can get your copy and move the funds while the thief is using the useless piece of paper he stole to wipe away his tears.

Paper wallets are best suited for storing coins that you want to sit on for a while. END_OF_DOCUMENT_TOKEN_TO_BE_REPLACED

Git is open source (free!) version control software which anybody can download and install on their computer. Have you ever downloaded something on your PC which f’d it all up, and then done a system restore to a time in the past that you knew your PC was working? That’s sort of what git can do for development projects. Each time you save a version of the project by performing a commit, a new version of the files is compressed and saved. Old versions are not written over.

You can use git on your computer without internet. When used locally, you control git using the command line. In iWorld, this is called the terminal. Using the command line can seem intimidating because most of us are accustomed to friendlier interfaces.

Besides version control, git also allows people to work on branches of code, which can be added to the main branch, or trunk, if approved.

GitHub is a code repository service which is also free. A repository, or repo, is a fancy word for the master folder of a project. Github’s main goal is to help people collaborate on coding projects.

END_OF_DOCUMENT_TOKEN_TO_BE_REPLACED

In order to understand cryptocurrency wallets, it helps to know a little bit about public key cryptography, which is a system designed to send data in a secure way that can be authenticated. In any public key encryption system, a large and random number is generated, and, using algorithms, that number generates both a private and a public key. The keys used for cryptocurrency accounts are numbers too large to be used, so they are converted into Wallet Import Format (WIF) and each key becomes a series of letters and numbers.

Example of a private key in WIF format XJqHSSipAcsgBRJbN2oTQNrN5A36vgQfZyrUDCEfLHaezQAFSU6w

The public keys are not secret. If someone wants to pay you bitcoin, for example, you can give them your public key. But never give out your private key END_OF_DOCUMENT_TOKEN_TO_BE_REPLACED